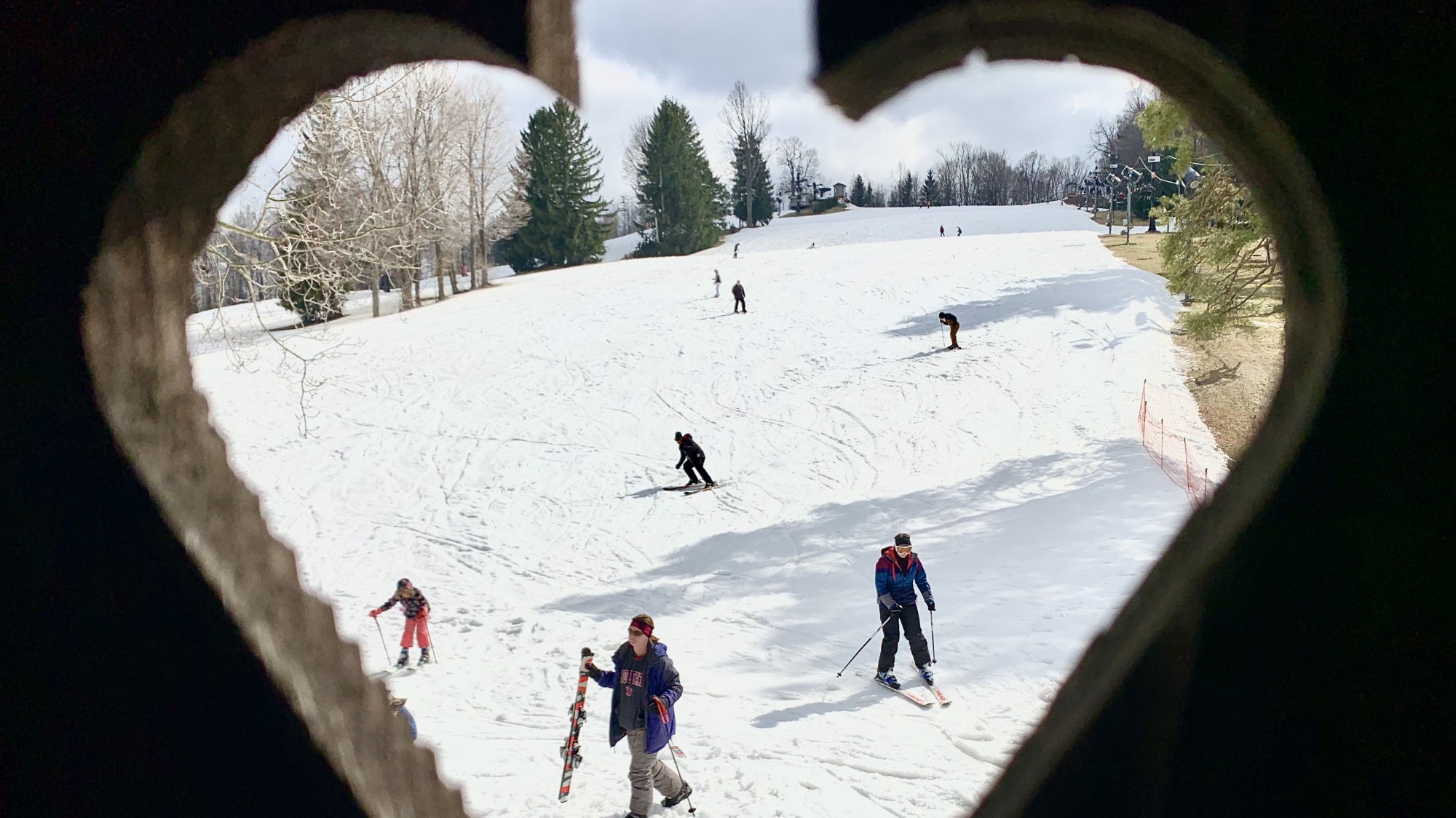 Sunday, March 15th was a great Final Day with sun and snow! We were happy to see so many of you happy and enjoying the fun out here! We are now closed for the off-season and would like to take this opportunity to thank you for another fun season! We'll look forward to you joining us again for what will be our 60th Winter Season in 2020-'21... Continue Reading Blog: "Thank You For Another Fun Season" 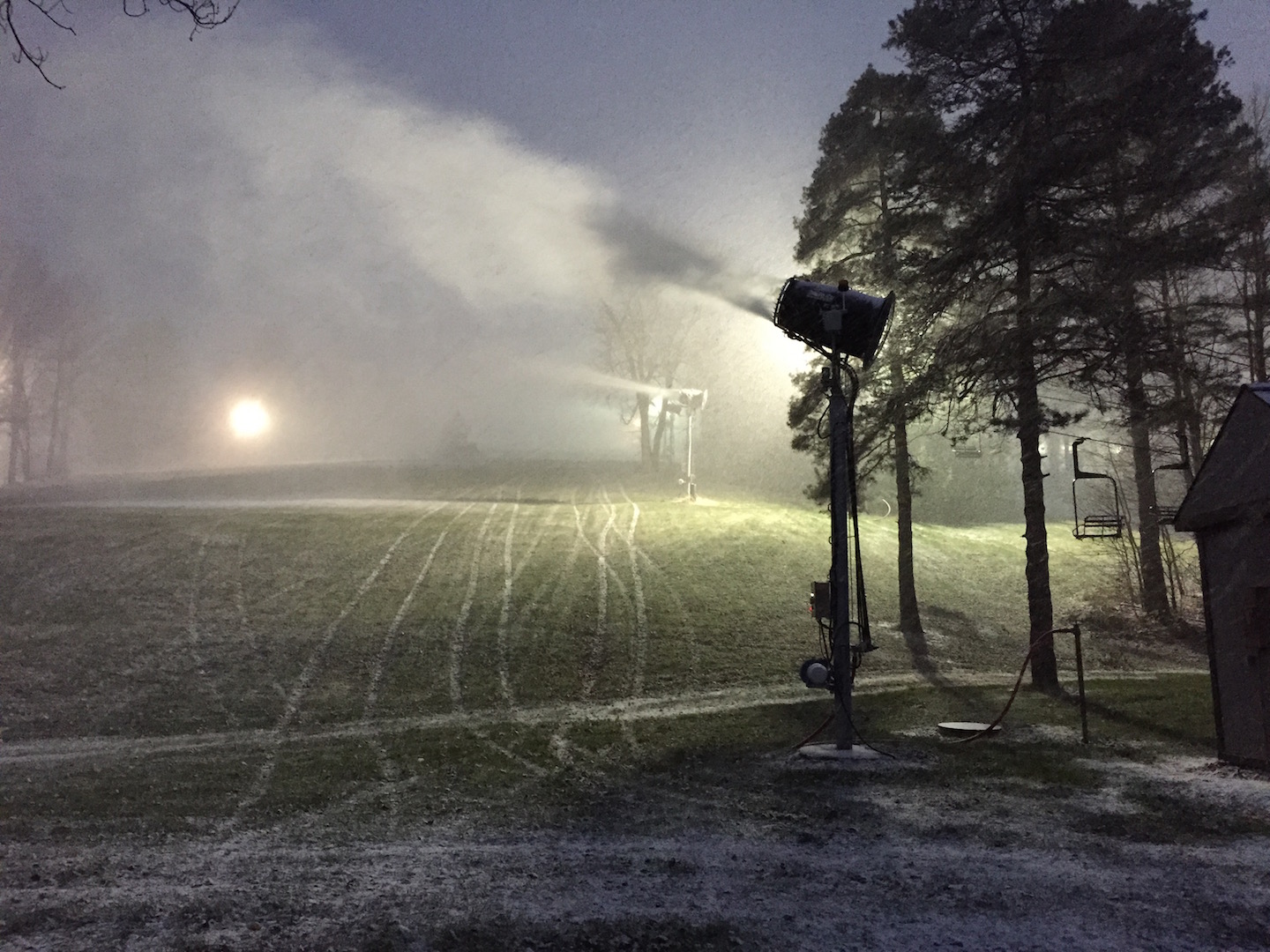 Mansfield, OH, November 14, 2014: Snow Trails Winter Resort had the privilege of offering skiers and snowboarders pure excitement after the Arctic outbreak dipped into the US from Canada, bringing temperatures cold enough for snowmaking to begin at Snow Trails in Mansfield, Ohio.

"Although very early for snowmaking in Ohio, we are taking advantage of this Arctic blast carrying deep into the Ohio Valley,” said Nate Wolleson - Snow Trails Marketing Manager. “We are loving this early jump on snowmaking here at the Resort. In 2013, snowmaking began on the 26th of November. We even topped that,” exclaimed Wolleson. “Once our many Season Passholders and Snow Trails fans saw the news come across their social media networks, they expressed great excitement knowing the incredible fun had here at Snow Trails last season.”

This 2014 snowmaking campaign began 13 days earlier than last year, making it the earliest campaign in Snow Trails history of 54 Winter Seasons in Ohio. Natural snowfall builds excitement, however snowmaking is an integral part of the success at Snow Trails. The snowmaking crew will stockpile the machine made snow.

Stockpiling is a method used to protect large volumes of snow from the potential for inclement weather. Rather than oscillating and spreading the snow across the slopes and tubing park, the snow guns are set to a fixed position for large piles of snow to be made. These piles will garner a hard outer shell, acting as an insulator and protecting the layers of snow below.

Snow Trails will continue to make snow as temperatures allow, building the needed base of snow for Snow Trails to shape the slopes and parks. Average seasonal temperatures have the potential to return and hold at forty degrees Fahrenheit. Resort Management will watch long-range forecasts closely. Mid-November snowmaking positioned Snow Trails ahead of the game and competitors, allowing for tentative Opening Day plans and the potential for another milestone to be set for opening sometime around Thanksgiving. Snow Trails opened last year on Friday, November 30th at Noon, just the third time in 53 seasons to do so the weekend following Thanksgiving.

Could your Black Friday Shopping be followed by skiing and snowboarding at Snow Trails? Additional details about Opening Day, as well as general Resort information can be found by visiting the resort's website at SnowTrails.com.

Snow Trails, which was the first commercial ski area in Ohio, is a privately owned resort, under the same management since inception. The resort features six chairlifts, including a slow moving Beginner's Double Chairlift and two newly added ski carpets dedicated to the Beginner's Area Complex, and a third carpet lift utilized for the Snow Tubing Park with the "Longest Tubing Lanes in Ohio." Two new trails were recently added to include Timberline, the "Longest Trail in Ohio," bringing total trails to 17, with three glade ski areas, plus the addition of a fourth terrain park. A 9,000 sq. ft. Rental Center houses user friendly equipment and offers a self service system. Snow Trails typically opens in early December and the season lasts into March. The resort is located off Interstate 71 south of Mansfield on Possum Run Road. For more information call 800-OHIO-SKI (644-6754) or visit SnowTrails.com.

Photo Galleries
Media Center Images selected for public use
Public Snow Trails Photo Gallery
Image Notes: Click on any thumbnail and image twice until the highest quality image is available for use. Simply right click on the image for download options. support@snowtrails.com

Sunday, March 15th was a great Final Day with sun and snow! We were happy to see so many of you happy and enjoying the fun out here! We are now closed for the off-season and would like to take this opportunity to thank you for another fun season! We'll look forward to you joining us again for what will be our 60th Winter Season in 2020-'21... Continue Reading Blog: "Thank You For Another Fun Season"